9. For greater solidarity between peoples

Solidarity between peoples is one of the principles of the European Free Alliance. It has forged an inter-national network with partners through cross-border cooperation and mutual support between regions and stateless nations, in Europe and around the world. Many of the partners whose linguistic, cultural and political rights have been and continue to be trampled upon by member states work together in full solidarity for a better world.

While state nationalism is inward-looking and based on exclusion, the European Free Alliance’s vision of the peoples’ nationalism is the opposite. It involves inclusion, respect for diversity, and bridge-building between peoples, rather than the fortification of borders between them. It starts from the recognition of all nations as equals, respecting their rights and identities. In that sense, the EFA is in favor of the co-operation of free and equal peoples.

That is why internationally, the EFA stands shoulder-to-shoulder with ALL peoples suffering from oppression: It wants European and international organisations to demand the respect of human rights by every state concerned, according to international law, and to apply sanctions if needed.

The EFA supports measures to strengthen the rights of minorities in Europe and around the world. Europe must use its influence on international disputes, especially in countries with which it maintains diplomatic ties and cooperation programmes.

Europe must use its influence on international disputes, especially in countries with which it maintains diplomatic ties and cooperation programmes.

The EFA believes that the different peoples of Europe and worldwide should be able to create their own forms of governance and institutions. The rightful aspirations of those who want to restore their sovereignty, supported by international solidarity, are entirely legitimate.

We are on a path towards the construction of an international order in which new forms of government, more suited to our times, replace those of the past, which are gradually losing their raison d’être.

The EFA wants the European Union to become a real international player whose goal is to bring more peace, solidarity, prosperity, sustainability, democracy and respect for diversity, not only in Europe but around the world.

On migration, the EFA pushes for strong solidarity with countries and regions at the EU borders that are particularly affected by the arrival of people from outside the EU. Every member state must be involved in inclusive policies for migrants. 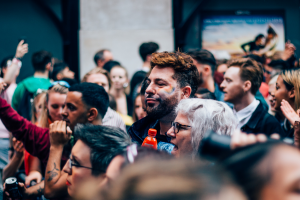