Member states too easily say that the European Union is responsible for all the troubles of European citizens. This has led to Brexit – the withdrawal of the United Kingdom from the European Union – and other negative developments.Therefore, the European Free Alliance will continue to support the revision of the European project, to offset its democratic deficit adapting to new challenges, in particular that of participatory democracy and the involvement of peoples in the European decision-making process. The EFA supports the principle of the Citizens’ Initiative, introduced by the Treaty of Lisbon, which enables European citizens to call on the European Commission to draft a proposal on a question which they believe needs legislation. It is a first step in involving all peoples in the EU decision-making process although it is overly bureaucratic and inaccessible to the publicand therefore it has to be radically improved. But public confidence and involvement can only improve if the European institutions become more democratic, in particular through strengthening the legislative powers of the European Parliament, the establishment of meaningful constituencies for European elections and a fair electoral system, allowing representation of all peoples of Europe. EFA wants to see greater transparency in the Council as well as the democratic election of the president of the European Commission by the European Parliament. In addition, at a time when the use of the internet is spreading and more interaction is possible between governments and the governed, the EFA believes that greater use of the virtual sphere would make it possible to inform citizens better, and to make public action more transparent. It regrets that the EU’s information platforms and sites are only available in the official and certain co-official languages. Lastly, the peoples and stateless nations of Europe desire the democratic handling of their claims. The EFA also supports referendums or public consultation processes organized by the institutions of elected representatives in the regions of the European Union. Bringing citizens closer to their institutions, respecting all peoples and restoring them to their rightful place in the decision-making process at the local and European level to address the crisis of representation that is evident in the falling electoral turnout: these are the main challenges if participatory democracy is to become a reality rather than just an aspiration. 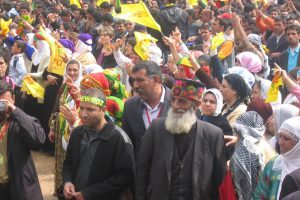 9. For greater solidarity between peoples