Some regions, peoples and stateless nations in the European Union stand in the shadow of centralised states. These states have exploited the natural resources of territories, used their labour and developed predatory economic models aimed at disadvantaging local minority populations compared with the majorities in these member states.

The European Free Alliance believes that all peoples, in all their diversity, are equal in dignity. Social and political dominance shouldn’t be permitted.

Social justice is a key priority in our programme. We fight against any form of discrimination and promote a more equitable distribution of wealth. The EU should be giving more guarantees for social justice, but instead it too often sides with vested interests, big corporations and large member states.

Establishing equality between peoples is crucial to empowering the European Union’s regions and stateless nations, economically, socially, culturally and politically.

The EFA supports the European Pillar of Social Rights, which aims to give citizens new and more effective rights. It includes three main components:
• Equal opportunities and access to the labour market
• Fair working conditions
• Social protection and inclusion

Europe-wide solidarity mechanisms should combat child poverty, the gender gap, generational poverty and social exclusion in many other policy fields. But this is only possible if all regions and nations improve their fiscal coordination and harmonise their efforts to fight against tax fraud, tax evasion, tax havens and disloyal unethical fiscal engineering.

The EU must combat social insecurity and growing inequalities. Local communities should have more rights and opportunities, particularly in choosing their own model of development. Subsidiarity is a key word that is not being implemented.

To achieve genuinely sustainable development, the economic development of regions and nations should be better connected at the local level, taking into account the characteristics of the territories and people involved. The human dimension, and respect for human dignity, should play a bigger role in social and economic policies — it should be placed at the heart of public policies. 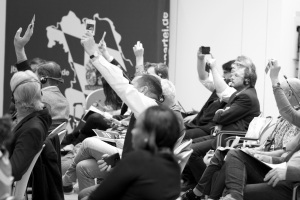